Can energy medicine help in an emergency? Absolutely! You never know where you might be or who you’ll be with when an emergency arises. There have been many occasions when, in response to an emergency situation, I have had to devise a quick and effective energy intervention for myself, loved ones, or even strangers.
Emergencies can arise at any time, and their nature quite varied – from a severe nosebleed to a heart attack or stroke, fainting to a seizure, anaphylactic shock to witnessing a traumatic event – emergencies come in many forms, and effective energy interventions vary accordingly. Based on the experiences of myself and my clients, and on the questions people ask me, I would like to share with you effective energy first aid for many of the most common emergencies. 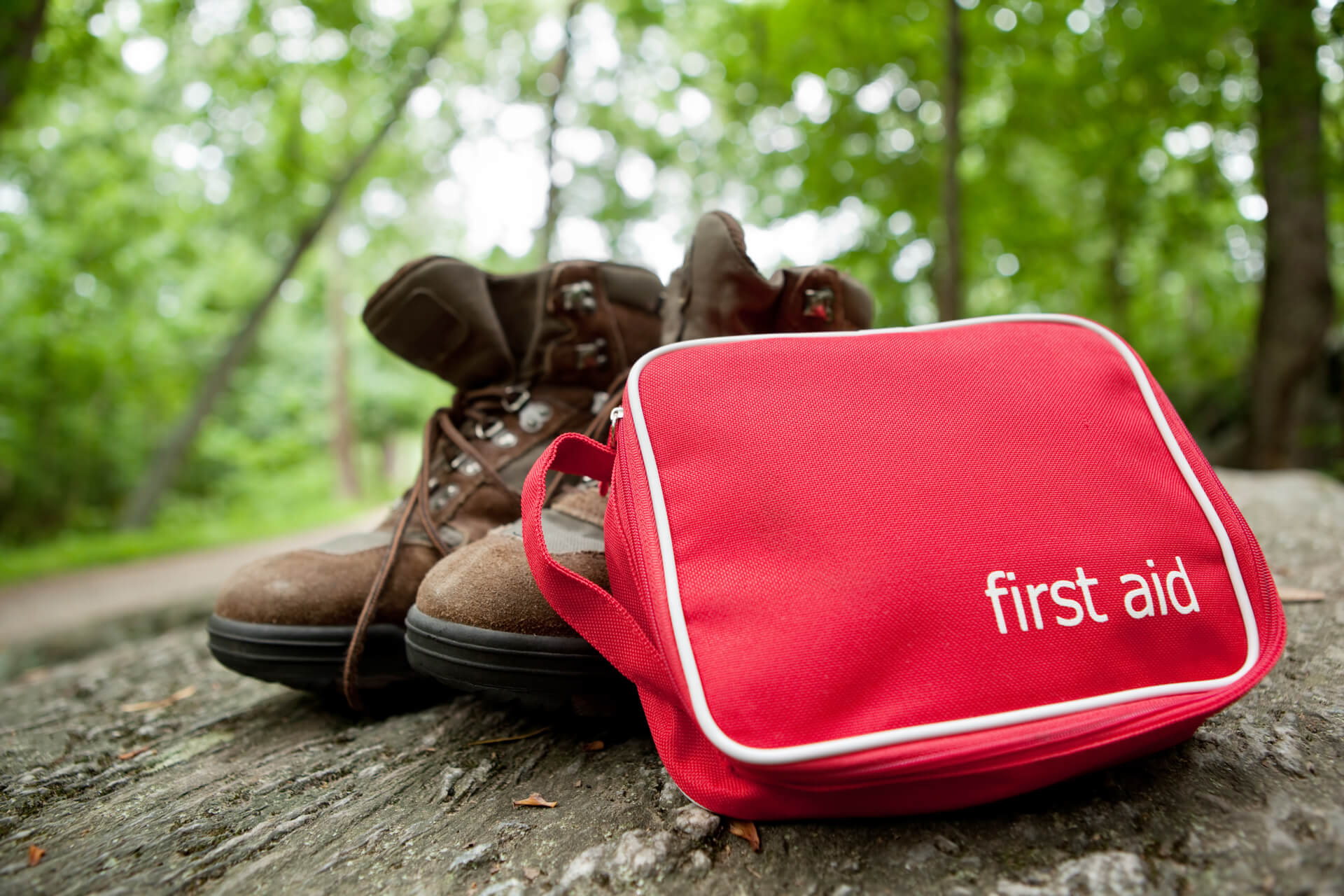 Effective Energy First Aid for the Most Common Emergencies

Of course, the first rule of thumb when involved with a health emergency is to always call 911 or have someone else on the scene call for you. Then assess the situation and the area to see that the person is comfortable and not in danger.

Remember, when holding acupressure points, try to hold both sides at the same time for maximum benefit. It’s not necessary to hold all of these suggested points or to use them in a specific sequence, we recommend you pick & choose based on the results of the situation.

1. Shock – Shock is often present in any emergency. The Shock Points on the bottom of the foot at the center of each heel are a simple and effective way to help mitigate shock, whether it is an immediate shock or residual. Press firmly on both shock points simultaneously with your thumbs for about a minute. Then you can pulse the points a few times. Massage around the outer edge of the heels and squeeze the Achilles tendons, which are located just above the ankle. Finish by doing the Lotus Blossom directly over each shock point. This is best done on another versus on yourself. Several years ago, I received shocking news that my 20-year-old niece was struck and killed by lightening. Fortunately, a friend was with me and I could instruct her in how to clear my shock points. Clearing it immediately is most beneficial but it can also be supportive in clearing an old shock that has been stored cellularly in the body.

2. Heart Attack – If you suspect someone is having a heart attack, try Heart Responder and squeeze the ends of the little fingers of both hands, on both sides of each finger at the base of the fingernail, so you are simultaneously putting pressure on Heart 9 and Small Intestine 1. You can also place the tips of both little fingers in your mouth and clamp down hard. See video above for Heart Responder and Heart’s Circle of Life. Other effective points to hold are the acupressure points Kidney 1 (bottom of each foot), Heart 7 (the Heart Source Point, at the inside wrist crease below the pinky finger), or the Shock Point (see #1 above).

3. Seizure/Convulsions – The Hook-Up is the primary go to emergency energy first aid for seizures and convulsions. Hold the Hook-up until the paramedics arrive on the scene. While they are seizing or convulsing, keep your middle finger connected in their navel and your other middle finger at their 3rd eye as you pull up toward the top of the head. This is also a helpful preventative for someone to do daily on themselves and a great one to share with those close to them too. In addition, here are various other powerful points you can hold: Governing 26 (between the upper lip and the nose with pressure), Governing 16 the Powerpoint at the back of the head on the mid-line below the occipital ridge, Liver 3 (top of the foot in the web between the big toe and second toe), Circulation Sex 6 (hands width above inside wrist crease on the mid-line), Large Intestine 4 (top of the hand in the web between the thumb and index finger), Urinary Bladder 60 (in the hollow between the outside ankle bone and the achilles tendon), and Kidney 6 (below the inside ankle). For prevention, you can also do the Lotus Blossom around the eyes, Hook Up and the Crown Pull.

4. Fainting/Loss of Consciousness – There are several points that are effective to hold (all with pressure). The points are: Governing 26 (between the upper lip and the nose), Kidney 1 (bottom of the feet), Stomach 36 (a hands width below the outside of the knee), Liver 3 (top of the foot in the web between the big toe and second toe), and Large Intestine 1 (tip of the index finger; firmly squeeze both sizes of the index finger).

5. Nosebleed – Spleen 1 (the corner of the nail on the medial side of the big toe) is a go-to point not only for a nosebleed, but it stops all types of bleeding. Other effective points for nosebleeds are: Governing 26 (between the upper lip and the nose with pressure), Governing 23 (on the forehead, just below the hairline), Large Intestine 4 (top of the hand in the web between the thumb and index finger), and Yintang (third eye between the brows).

6. Vomiting – Effective points to hold when someone is vomiting are Circulation Sex 6 (on the mid-line a hands width above the inside wrist crease), Central Meridian 12 (on the front mid-line of the body half way between the navel and the bottom of the sternum), or Stomach 36 (a hands width below the outside of the knee). It is important to drink fluids to avoid dehydration. Ginger ale, mint tea, water, and warm water with fresh lemon are all excellent choices.

7. Nausea and Motion Sickness – For these conditions, first try the Hook-Up. If that does not work, other points to hold are: Circulation Sex 6 (on the mid-line a hands width above the inside wrist crease), Triple Warmer 17 (in the hollow behind the ear lobe next to the curve of the jaw), Stomach 3 (below the cheekbone), Stomach 36 (a hands width below the outside of the knee), Stomach 45 (squeeze both sides of the second toe), Large Intestine 4 (top of the hand in the web between the thumb and index finger), or Kidney 27 (in the hollow on each side of the sternum between the clavicle and the rib).

8. Severe Cough – When someone has a severe and persistent cough, try working with these points: Lung 10 (on the palm in the paddy part of the thumb), Lung 9 (at the inside wrist crease below the thumb), Lung 7 (4 fingers width above the inside wrist crease below the thumb), Kidney 27 (in the hollow on each side of the sternum between the clavicle and the rib), Kidney 6 (directly below the inside ankle), use Stomach 40 (between knee and ankle) to move phlegm, massage along the occipital ridge and on each side of the neck or do a Spinal Flush.

9. Anaphylactic Shock – This kind of severe allergic reaction comes on very quickly and can be fatal. It is often caused by insect stings or bites, food allergies, or reactions to medication or chemicals. When this happens, the first energetic intervention is to hold Triple Warmer Strengthening Points (First Pair: TW3 + GB 41 Second Pair: TW 2 + UB 66). You can also tap Triple Warmer 3 (on the back of the hand between the 4th and 5th finger), trace Triple Warmer Meridian forward several times, do the Hook Up, and hold Spleen Strengthening Points (First Pair: SP2 + HT 8 Second Pair: SP1 + LV1). Clear the Shock Points on both heels (bottom of the foot, center of the heels) and then trace the Lotus Blossom around the eyes.

10. Stroke – It can be difficult to tell if someone is having a stroke. If you suspect they might be, call 911 immediately. Warning signs of a stroke can include: sudden numbness of the face or a limb, especially when it is one-sided; sudden confusion with difficulty speaking or understanding; sudden difficulty walking, loss of balance or coordination; or sudden trouble seeing or a severe headache with no known cause.

The F.A.S.T. test can be used to assess whether it may be a stroke:

Energetic First Aid includes the Hook Up or holding any of the following points: Urinary Bladder 10/Electric Points (located along the occipital ridge just over the tendon on each side of the mid-line), Triple Warmer Strengthening Points (First Pair: TW3 + GB 41 Second Pair: TW 2 + UB 66), Large Intestine 4 (top of the hand in the web between the thumb and index finger), Kidney 27 (in the hollow on each side of the sternum between the clavicle and the rib). Massage along the occipital ridge, on each side of the neck, and the top of the shoulders to support Wind Points. Trace the Lotus Blossom around the eyes and over the entire body.

Disclaimer: The content of this information is not intended to diagnose or prescribe, nor to prevent, treat, or cure any condition. It is simply for educational purposes and may not be photocopied, shared, or taught to a class without written permission. This information is not intended to replace a one-on-one relationship with a doctor or qualified healthcare professional. It is not intended as medical advice, but rather a sharing of knowledge and information. Well Within Natural Medicine, Inc., encourages you to make your own health care decisions based on research and in partnership with a qualified healthcare professional.

Working with the Vagus Nerve for Optimal Healing

VIEW ALL
Shopping cart0
There are no products in the cart!
Continue shopping
0